China has suspended purchases of Australian coal, according to people familiar with the order, as Beijing continues to tightly control imports of the fuel amid soured political relations with Canberra. 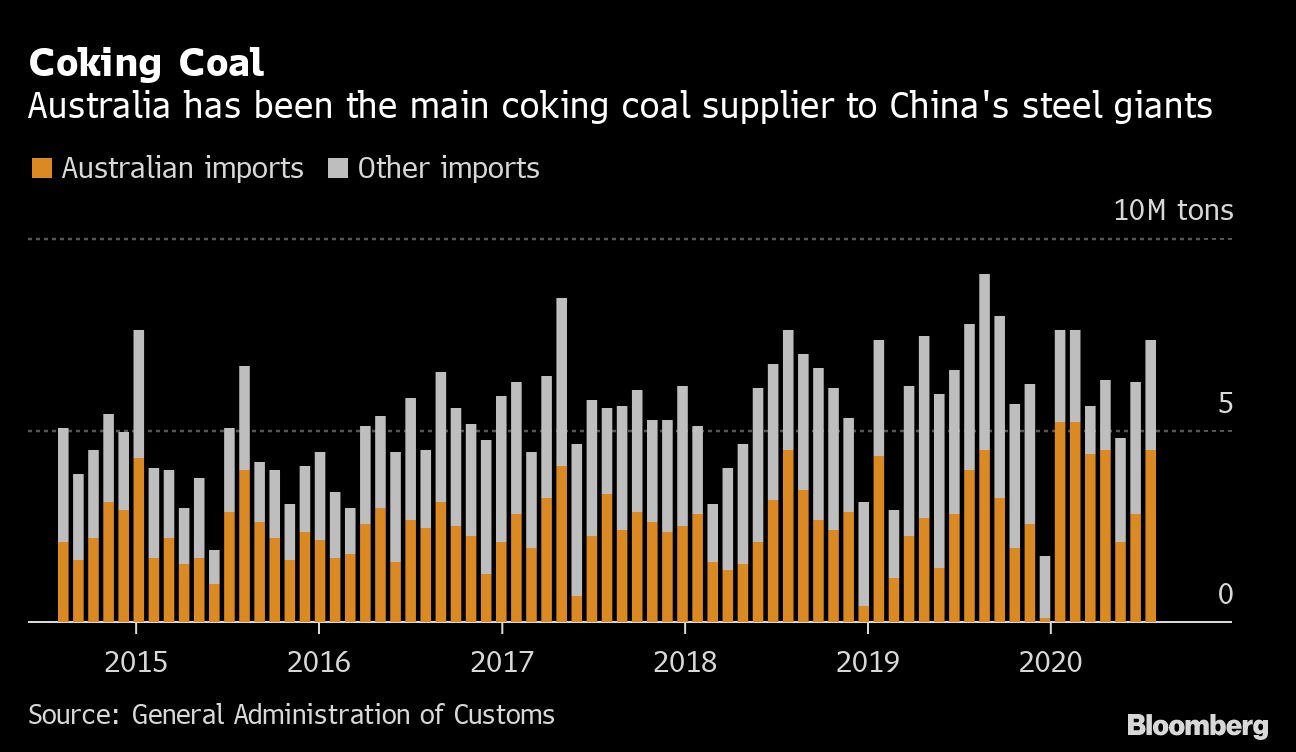 The ban marks an escalation in tensions that have already jolted agricultural exports from China’s biggest supplier of commodities. It isn’t clear when the halt might end or how it might affect long-term contracts that are already in place.

The fossil fuel has been a previous target for China’s ire with what it regards as an increasingly hostile government in Canberra, most recently in 2019 when shipments became subject to port delays. It’s one of the few resources in which China is largely self-sufficient, as it mines and burns about half the world’s supply, and its utilities use lower-quality thermal coal for just a small fraction of their needs.

Higher-quality coking coal is a different story. China produces less of it and the country’s steel-making giants are still reliant on overseas suppliers, where Australia is dominant, typically accounting for over half of imports.

China is, overwhelmingly, the key buyer of Australia’s most lucrative export, iron ore, although curbs on that product would be a heavy blow to a steel industry that relies on vast — and cheap — supplies from mining heavyweights like Rio Tinto Group and BHP Group.

More broadly, China keeps a tight grip on coal imports as it seeks to balance the needs of its miners and industrial users. The fuel still accounts for over half of its energy needs, but is falling out of favour, albeit gradually, as China shifts to cleaner burning energy to cut pollution and meet increasingly ambitious climate goals.

“We are aware of these reports and have had discussions with Australia’s resources industry, who have previously faced occasional disruptions to trade flows with China,” Trade Minister Simon Birmingham said in a statement. “Australia will continue to highlight our standing as a reliable supplier of high grade resources that provide mutual benefits.”