UK-Australian resources firm BHP expects to produce 246mn-255mn t of iron ore from its Western Australian (WA) operations on an equity basis for the 2021-22 fiscal year to 30 June, after a weaker than expected April-June quarter because of labour shortages bought it within its 2020-21 guidance of 245mn-255mn t at 253.5mn t.

BHP said it will continue to focus on incremental growth, despite firm iron ore prices, with major maintenance planned for the No.1 car dumper at its port facilities at Port Hedland in the Pilbara region of WA to drag on sales during July-September. Despite increasing labor shortages, the guidance is conservative considering that the firm has completed major tie-in activity associated with its 80mn t/yr South Flank mine. It delivered its first ore in May and is designed to increase the average grade of BHP's ores from 61pc Fe to 62pc and its total proportion of lump sold to 30-33pc from 25pc.

BHP sold 65.25mn t from WA on an equity basis during April-June, down from 68.16mn t a year earlier, despite the contribution from South Flank, but up from a seasonally lower 58.63mn t for January-March. The weaker than expected April-June followed weaker production figures from rival Pilbara iron ore producer Rio Tinto for the period, as labour shortages exacerbated by border closures between Australian states and internationally drag on productivity.

Firms operating mines across Australia are struggling with skills shortages, as access to the global labour pool has been cut by strict border policies and mandatory quarantine. The situation is more acute in WA because the state often closes its borders to other states with small outbreaks, as it has now, stopping most fly-in fly-out workers from arriving from the more populous states in east Australia. This led to a shortage of train drivers in the Pilbara during January-June curtailing sales of iron ore.

The skills shortage is also contributing to inflation with BHP's WA iron ore operations tracking towards the upper end of its unit cash cost guidance of $13-14/t fob Port Hedland. This guidance is based on an US-Australian dollar exchange rate of $0.70. The firm achieved cash costs of $13.30/t for July-December based on this exchange rates. These creeping costs are unimportant for BHP at current iron ore prices but could cause problems for more marginal producers if prices start to ease.

BHP drew down on stocks during April-June, selling around 1mn t more ore than it produced in WA. 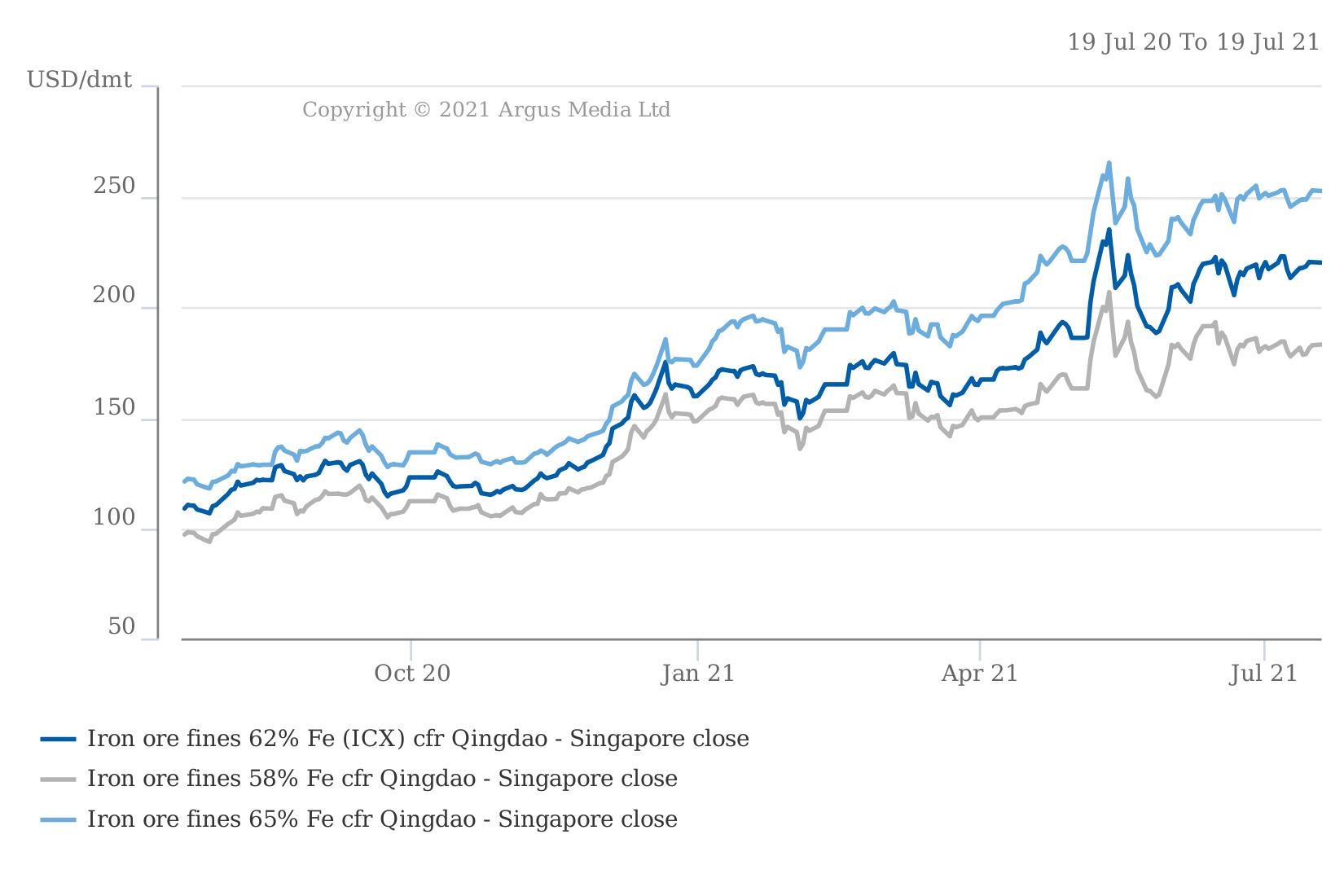 Source : Argus
This download is for SEAISI member only.
Please login or register with SEAISI